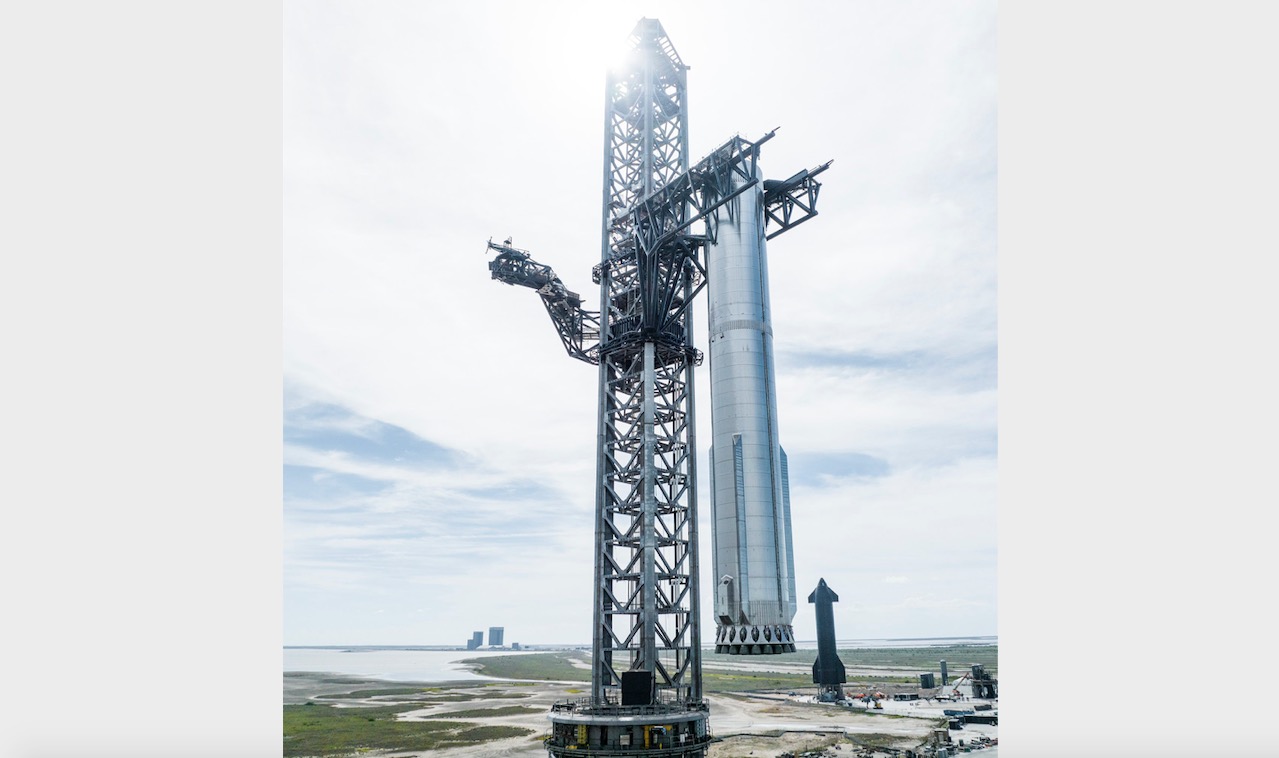 SpaceX’s latest Starship Super Heavy booster is back on the launch pad, this time with its full complement of 33 engines.

Booster 7 has been atop this launch mount before. Earlier this month, SpaceX conducted two “static fire” tests with Booster 7, firing the vehicle up while it remained attached to the mount.

Both of those tests — which occurred on Aug. 9 and Aug. 11, respectively — lit up just a single Raptor engine (apparently, a different one each time). And Booster 7 wasn’t fully outfitted at the time, sporting just 20 of its 33 engines (opens in new tab) (the vast majority of which stayed dormant during the tests).

After the Aug. 11 test, SpaceX lifted the Super Heavy prototype off the mount and hauled it back to a processing bay at Starbase. Technicians installed the remaining 13 Raptors and got it ready for Tuesday’s move back to the pad.

More static fire tests are in the offing, likely culminating in one that lights up all 33 of Booster 7’s Raptors at once. Such work will help pave the way for a huge milestone that SpaceX aims to achieve in the next few months: the Starship program’s first-ever orbital test flight.

The Starship system consists of the Super Heavy booster and Starship, a 165-foot-tall (50 meters) upper-stage spacecraft. Both of these elements are designed to be fully reusable and both are powered by Raptors; the upper-stage Starship will sport six of the next-generation engines.

The upcoming orbital test flight will launch Booster 7 and an upper-stage prototype known as Ship 24. Ship 24 has been getting a prelaunch workout as well; the vehicle ignited two of its six engines during a static fire test of its own at Starbase on Aug. 9.

NASA says there is a misconception that there is no sound in space : NPR

NASA says there is a misconception that there is no sound in space : NPR