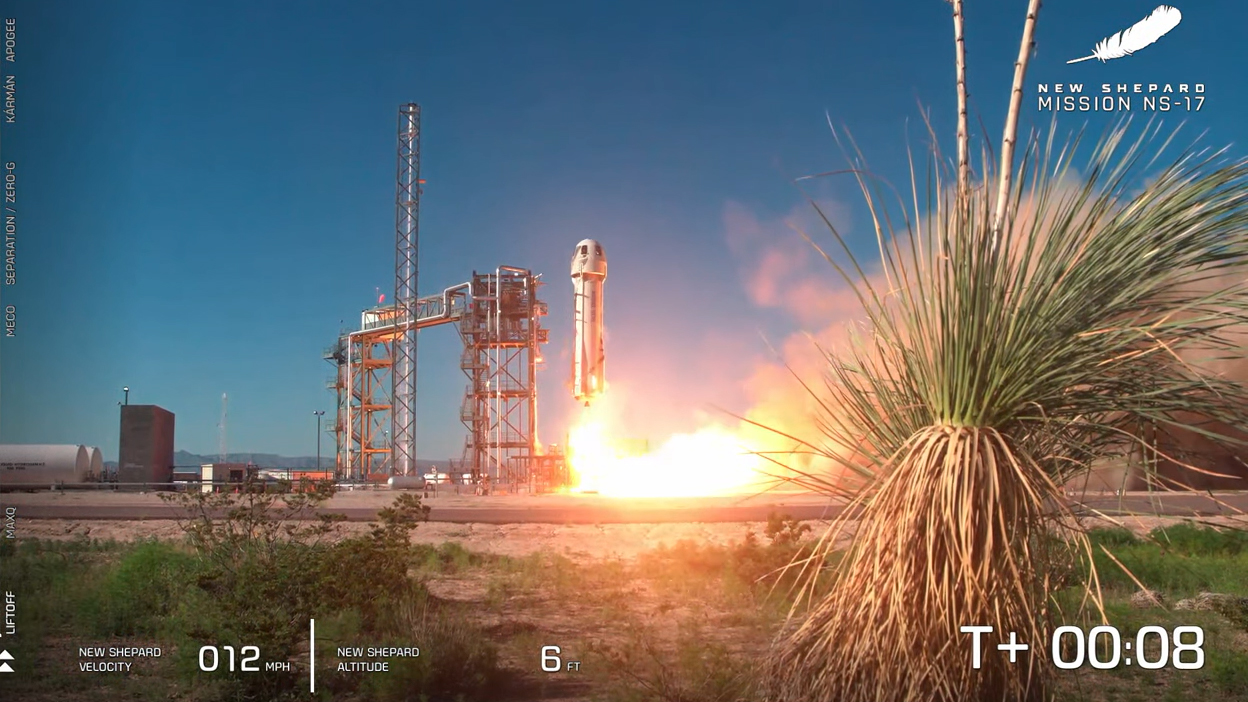 Blue Origin plans to launch its next space mission on Wednesday morning (Aug. 31), and you can watch the uncrewed action live.

Blue Origin’s New Shepard suborbital vehicle is scheduled to lift off Wednesday at 9:30 a.m. EDT (1330 GMT) from the company’s West Texas launch site, which is near the town of Van Horn. You can watch it live here at Space.com, courtesy of Blue Origin, or directly via the company.

The mission — called NS-23, because it will be the 23rd New Shepard flight — isn’t carrying any space tourists aloft. It’s a cargo-only flight that will take 36 payloads on a brief jaunt to suborbital space and back, 18 of them funded by NASA.

“Twenty-four payloads are from K-12 schools, universities and STEM-focused organizations,” Blue Origin wrote in an Aug. 24 update (opens in new tab), which has detailed descriptions of some of the experiments. (“STEM” stands for “science, technology, engineering and math.”)

“This is double the number of education-focused payloads from previous payload flight manifests,” the company, which is run by Jeff Bezos, added in the update. “In many cases, these payloads expose students as young as elementary school to STEM skills like coding, environmental testing and CAD [computer-aided design] design often not taught until college.”

New Shepard consists of a rocket and a capsule, both of which are reusable. Blue Origin currently operates two New Shepard vehicles, one for space tourism and one for payload-only flights.

The company has launched six crewed missions to date, all of them since July 2021. NS-23 will be the first payload-only flight since August of last year.