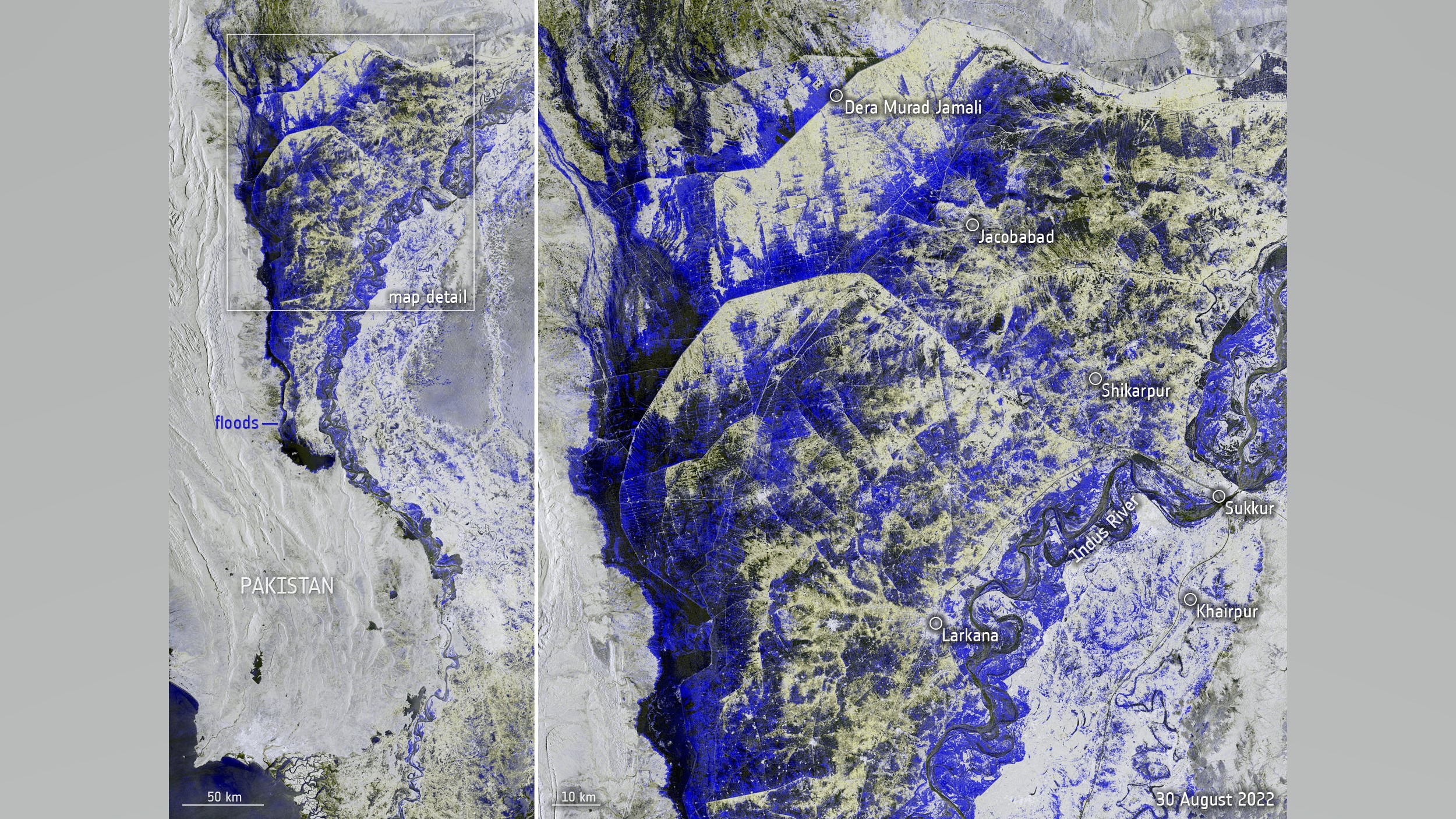 Over a third of Pakistan is submerged in flood water after months of relentless rain, satellite observations reveal.

Life is not fair for Pakistanis, who are suffering from the most extreme consequences of climate change despite being responsible for only about 1% of global greenhouse gas emissions.

Heavy monsoon rains have pelted the Asian country since mid-June, exceeding 10 times the average rainfall values for this part of the year, according to (opens in new tab) the European Space Agency (ESA), which released a new satellite image of the beleaguered country on Thursday (Sept. 1)

The new image, captured by the Copernicus Sentinel-1 satellite on Tuesday (Aug. 30), reveals the scope of the devastation in great detail: The Indus river spilled far beyond its banks, creating a lake over 60 miles (100 kilometers) long and over 6 miles (10 km) wide; vast areas of land in the west of the country, along the border with Afghanistan, under water; and streams of meltwater flowing down the Himalayan and Karakoram mountain ranges.

The deluge has so far cost over 1,100 lives and affected 33 million of Pakistan’s population of 220 million people, according to ESA. The country’s Prime Minister Shehbaz Sharif described the floods as the worst in Pakistan’s history, estimating it would cost at least $10 billion to repair damaged infrastructure.

The Pakistani disaster is not a random whim of nature. The rains were preceded by a heatwave in May, according to Al Jazeera, which exacerbated the melting of mountain glaciers, causing floods and saturating the soil with moisture. While only a minor contributor to the world’s greenhouse gas emissions, Pakistan, where 22% of people live below the poverty line, is bearing the brunt of the progressing climate change. And so is neighboring Afghanistan, since last year controlled by the extreme Islamist movement Taliban.