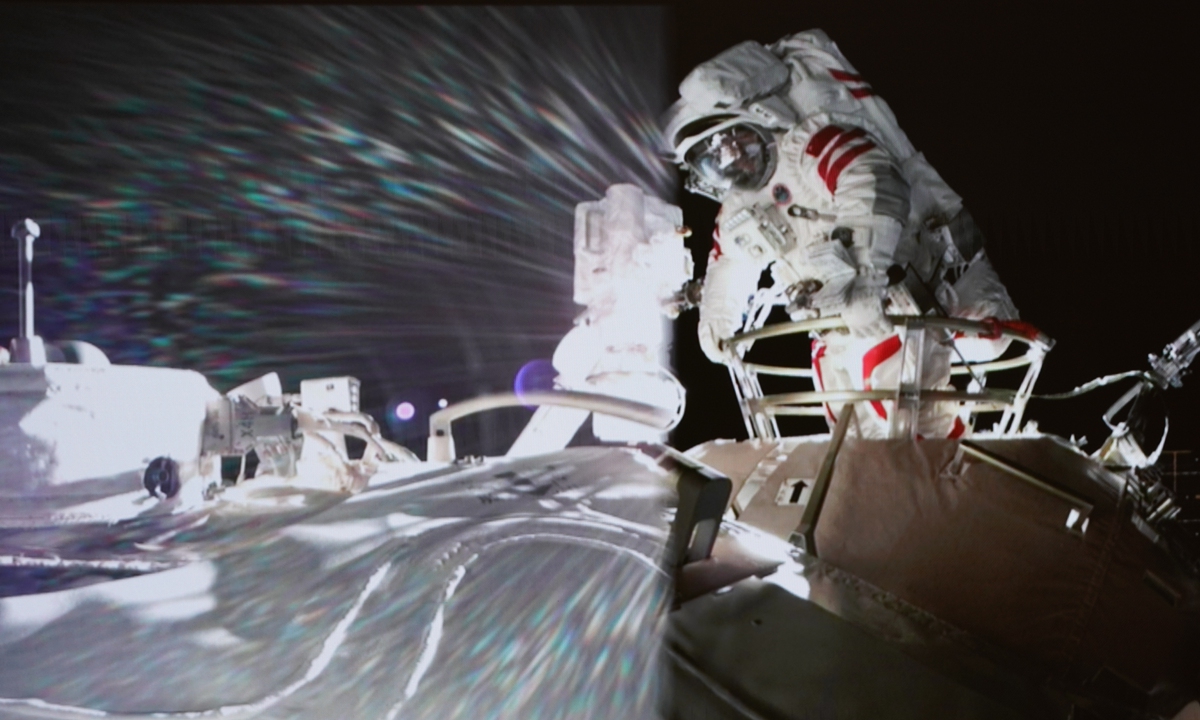 Two Chinese astronauts, or taikonauts, stepped out of China’s Tianhe space station core module at 8:11 am and 11.02 am respectively on Sunday (Beijing Time), to conduct a series of planned missions, including testing the robotic arm.

Taikonaut Liu Boming, one of the three-strong Shenzhou-12 crew who are currently onboard China’s Tianhe space station core module, opened the cabin on Sunday around 8:11 am and embarked on the first extravehicular activity (EVA) of the space station construction stage.

Global Times learned from the the China Manned Space Agency (CMSA,) by 11:02 am, Liu and his fellow crew member Tang Hongbo, wearing the new generation spacesuit codenamed Feitian, have successfully come outside the cabin on after another. 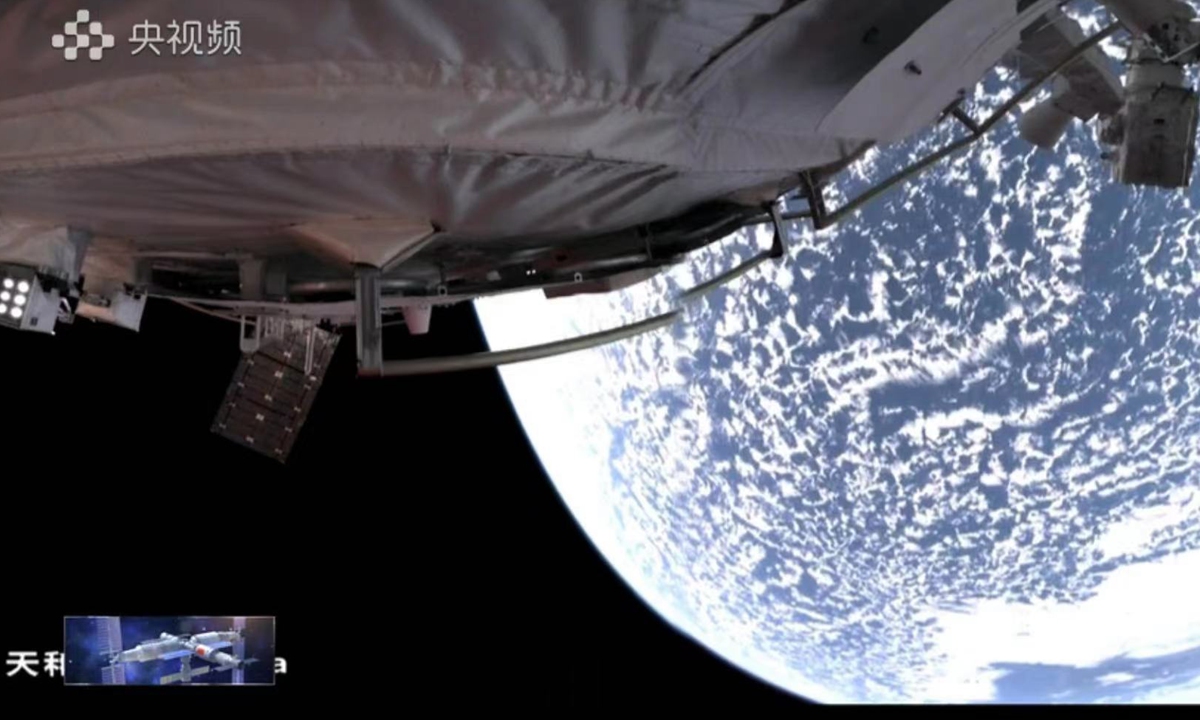 Per the CMSA press release, the two have installed foot stops on the robotic arm and working station outside the cabin.

Later, they are expected to work to conduct concerning works including elevating the panorama camera outside the Tianhe core module.

The third taikonaut Nie Haisheng, the Shenzhou-12 mission commander, were seen from state broadcaster China Central Television (CCTV) live-streaming footage operating the smart robotic arm system from inside to help his fellow crew members perform the spacewalk and other missions.

This marks a second time EVA has been done in China’s aerospace history, following Shenzhou-7 in 2008, during which Liu assisted taikonaut Zhai Zhigang to complete the country’s first spacewalk.

The robotic arms system onboard China’s space station is the most complex, largest in size, with the highest control accuracy mechanical systems in space, the Global Times learned from China Academy of Space Technology (CAST).

The unfolded length of the robotic arms is 10.2 meters, and its maximum loading capacity is 25 tons, capable of moving the space lab modules of the station in the future.